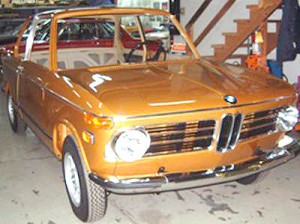 About this restoration : Bryan had to sell his 2002 when in college to pay the last semester tuition. He made a vow to his girlfriend, now wife, that someday he would have the finest 2002 in existence. We found him the donor car, completely dismanteled her and rebuilt her to factory stock with all 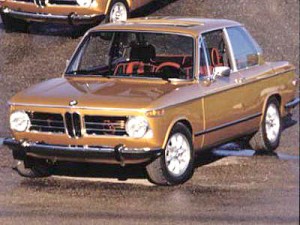 About this restoration : After we were underway with Bryan’s show car, he decided he wanted a street example that would include all the great aftermarket upgrades that have been developed over the past 25 years. Again we hunted for the donor car and found another Cylon (Gold) car that was six serial numbers later 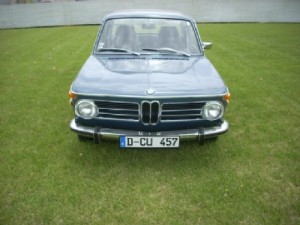 About this restoration : Paul bought his car, now called “Baby B” because it was so small in July 2005, from a guy in his neighborhood. A few years earlier the neighbor had brought the car from California to Chicago with 170,000 miles on her. The car was in fair condition, the engine having been 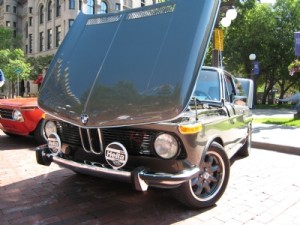 About this restoration : Tom is a fellow who has moved around a lot. His job has taken him and his family to many different cities and always, the 02 has moved with them. We went to Atlanta to pick up Tom’s car as he wanted to re-make this long time friend. We made a 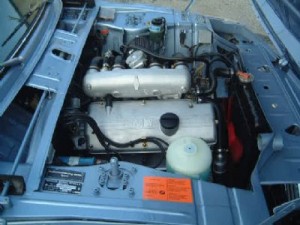 About this restoration : Jay bought this tii many years ago. When the engine quite running, he and a buddy rebuilt it on the kitchen table and surprise, it runs. Then, thinking they were pretty good at this stuff, they decided to do a complete restoration. They pulled the engine and sent the body off 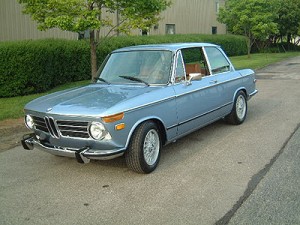 About this restoration : Jeff bought this little gem at the insistence of his younger brother Craig, (see “Inka”) another owner who has had his car over 25 years and wanted her to serve him another 25 years. We stripped out the shell but found rust in critical places that made the shell unusable. Locating 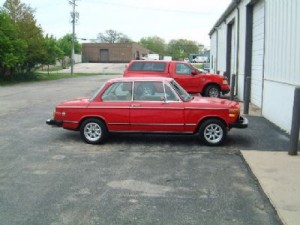 About this restoration : When Nick was in college he had a friend who owned a tii and he always liked that car. Recently, Nick was browsing ebay and saw a nice tii for sale. Having a 14 year old daughter and looking for a project for the two of them to get into together, 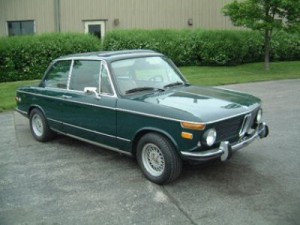 About this restoration : Bob has a nice collection of various cars, some of which belonged to family members and others who were close to Bob. This BMW had been in his collection for many years and was one of his favorites. Bob wanted the car completely restored with more power, thus a Stage II 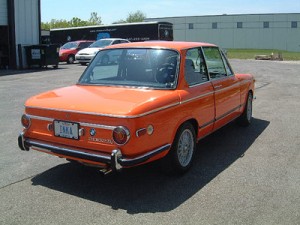 About this restoration : Craig had gotten this tii used with only 800 miles following college. He has kept the car ever since, over 30 years! In fact, he bragged of his 2002 so much to his brother, that Jeff bought a new example shortly after Craig’s graduation,(see “Fjord”). After all these years the car 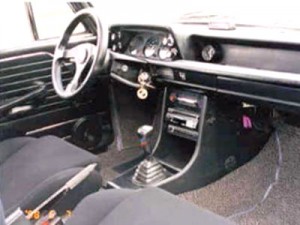 About this restoration : Sharon was just getting into her first collector car and asked us to help find her a good donor. She wanted a car that she could use for daily driving and driving schools. We located a nice tii that had been owned by an enthusiast and was well taken care of.

About this restoration : Bobby Rahal, an Indianapolis 500 Winner and owner of “Team Rahal” was given an Inka 2002tii when he went off to college. He told me he drove the car very aggressively and upon graudation convinced his parents to send him to two driving schools as he thought his experiences in the 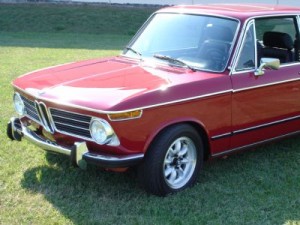 About this restoration : Steve had been riding 2 wheel BMWs for years before buying his first 2002 in the late eighties. That clean, low mileage, Verona red ’74 was sold soon after his 3rd child was born; it could not accommodate the family of five, and Mom didn’t like being left at home so 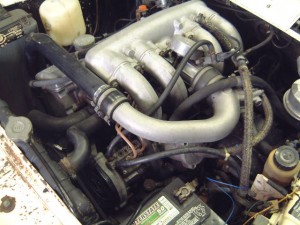 About this restoration : This Turbo is the third project we have done for Bryan Lancelot of Denver, Colorado. The donor car was found in England, it had been owned by seven different enthusiast. We shipped the car to the US by boat, arriving in Newark, NJ. This project is our first use of dip 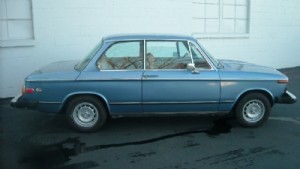 About this restoration : Mark wanted us to look the car over and make sure it was safe and reliable for him to drive and have fun with. We recently replaced the carpet on his tii. We also did quite a bit of mechanical work this past summer. The sunroof and recently added wheels make 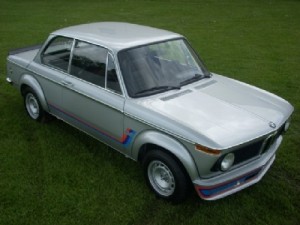 About this restoration : Jon has been a long time BMW fan having driven or owned most of the “M” cars. When he sold his manufacturing company he decided to begin to assemble a serious BMW car collection. After visiting our shop, the decision was made to find a 2002 Turbo and a “Batmobile” and 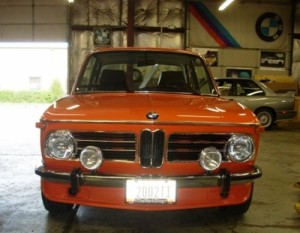 About this restoration : Chris writes: I had bought my first 2002 in 1984, an Inka Orange 1971 2002 from a roommate’s step-mother in Columbus ,Ohio. The car had a lot of rust. I ended up driving the car out to Denver and then to Arizona, and really bonded with it. I ended up selling 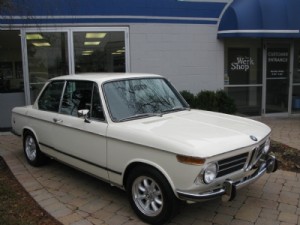 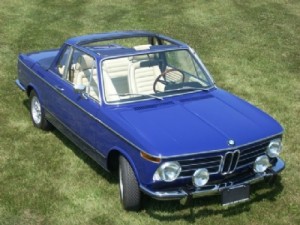 About this restoration : Roy asked us to bring his treasured BMW back to her original glory. His Targa will be at the BMW October fest this year (2009) in Atlanta, competing in the Concours. 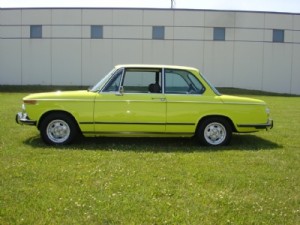 About this restoration : Jacquelin lives in Montreal, Quebec, Canada. When Jack was a teenager, he remembers walking almost every single day, right in front of the only BMW dealership in Quebec City at that time. It was located right between his parent’s home and school. Jack recants, “one would have never believed that in 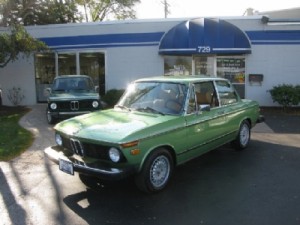 About this restoration : Manuel writes: I purchased the 1976 2002 from the original owner in Los Angeles (Arthur) who was selling the car in 1998 due to his inability to drive a stick shift anymore. The car was well maintained and had a basic motor overhaul in 1995, and had been painted white over 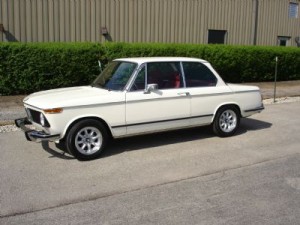 About this restoration : Bob writes: I received this 1974, 2002 in 1984 as a gift from my parents when I was a senior in High School. This 02 took me to College, then to my first job after college in south Florida. It was a daily driver until the mid 90’s when I got 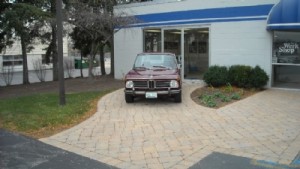 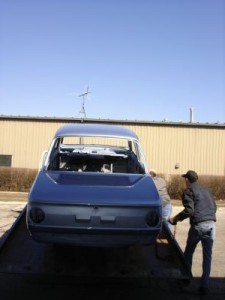 About this restoration : Chuck had read about 02’s and in 1972 checked them out at his local BMW dealer. He liked the new Fjord Blue car he had seen but while he was thinking about it, the car was sold to an elderly couple. Six months later the salesman called him, the elderly couple 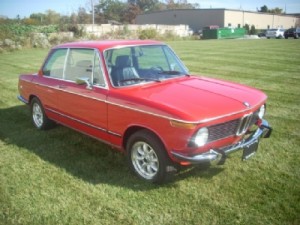 About this restoration : Mike writes: “I made a very impulsive purchase with my 2002, buying a “rust-free”, “mechanically sound” car sight unseen. The issues started on the way home, when the gas pedal seperated from the floor… it was then that I realized that the car I had was far from the one I 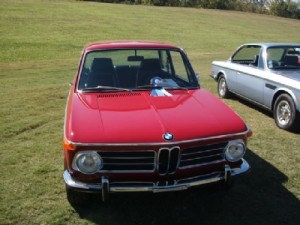 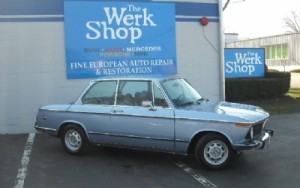 About this restoration : See John traversing back to the hillside of Texas driving Sputter. 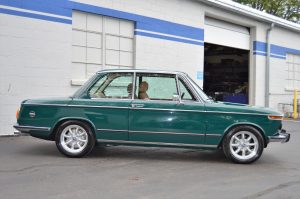 About this restoration :  When Jay approached us for this project and discussed what he was interested in, we knew we had a long road ahead of us, having done these modifications before on various projects. Jay asked us to create for him, the legendary M2 conversion. This creation would require taking the S14 motor 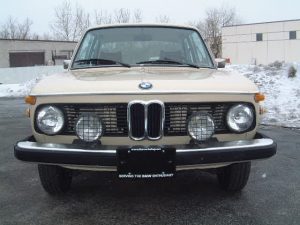 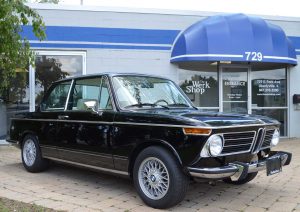 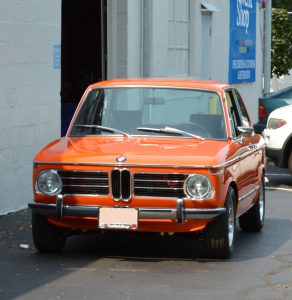 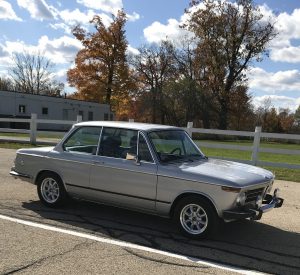 About this restoration: For many years I was an admirer of 2002’s, so I decided to purchase a ’72 2002tii (Otto Über Auto) 25 years ago from a BMW enthusiast in Boston. Otto was a pleasure to drive and my primary car for five years. However, after moving to Chicago in 2001, I found