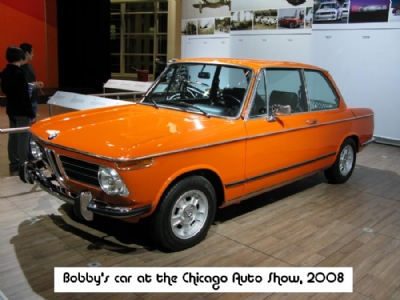 About this restoration : Bobby Rahal, an Indianapolis 500 Winner and owner of “Team Rahal” was given an Inka 2002tii when he went off to college. He told me he drove the car very aggressively and upon graudation convinced his parents to send him to two driving schools as he thought his experiences in the 02 might have given him the basis to be a race car driver. As we all know, the rest is history. Bobby wanted to duplicate that Inka 02 and asked us to find a 1972 donor and build him the exact car. Since his original car was stock, the duplicate car is also stock with its original 4-speed transmission. Bobby says the car seems faster than he remembers! The Columbus, Ohio area is where you’ll see this tii.