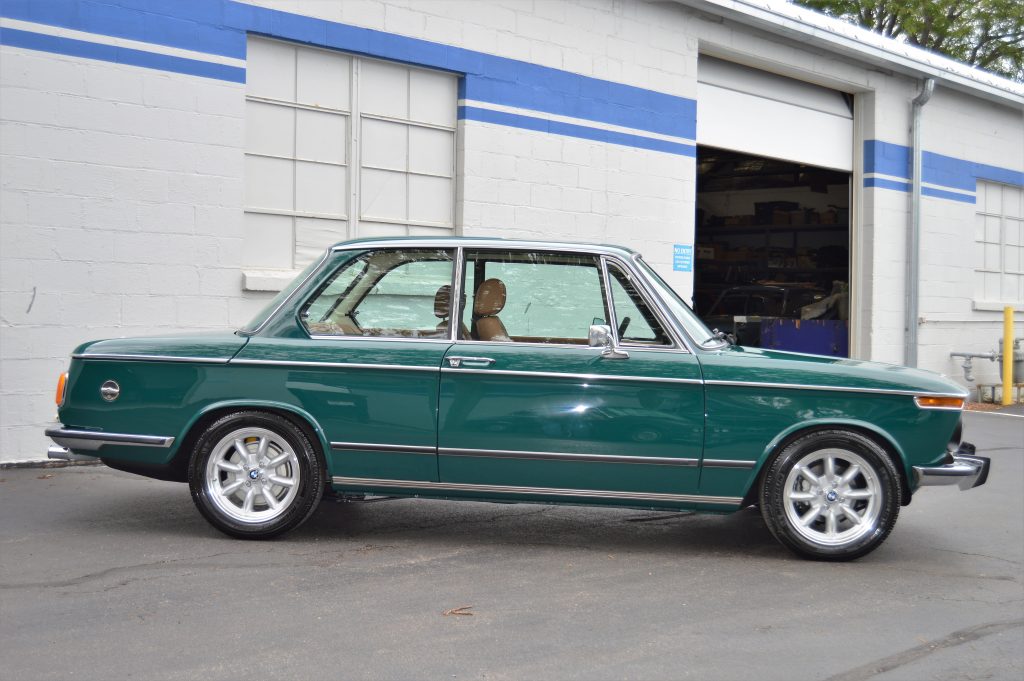 About this restoration :  When Jay approached us for this project and discussed what he was interested in, we knew we had a long road ahead of us, having done these modifications before on various projects. Jay asked us to create for him, the legendary M2 conversion. This creation would require taking the S14 motor out of a BMW e30 M3 and putting it into his BMW 2002tii. This is no easy task. You are dealing with a significantly larger motor in terms of occupying space, and placing it in a smaller engine bay. Along with the motor swap, many modifications had to me made in order the handle the new motor. Changes to the cooling system, suspension, fuel system, etc. all had to be made in order for this to become a safe and fun street car. In the end, Jay has the creation he was dreaming of; in Agave green, the same color as his first 2002 which he owned over forty years ago.