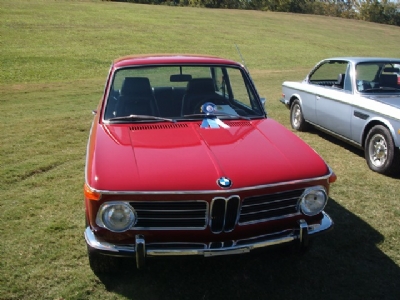 About this restoration : David’s 1972, 2002 has been in his family since his dad bought it in 1974 to use as a daily driver. In 1982 his dad passed it down to him as his first car. He drove it until 1995 when he placed the car in storage, knowing one day he would have it restored to its original glory. After sitting for over 15 years, David knew it was time to get the car running again. After many conversations with Mike at the Werk Shop in regard to the restoration process, he decided to ship it off and have it restored in January of 2012. David kept quiet about the restoration of the car with his friends because he wanted to surprise everyone but his good friend Jim found out and wanted to be kept in the loop as to how the restoration was proceeding. During the restoration he and his friend visited the Werk Shop a few times to see the progress and couldn’t believe how great the car was coming along. They both would tell stories about the fun times they had in the car during high school and on college road trips. David can’t wait for the car to get back to his home in late September 2013. He has already made plans to drive the car in “Crusin’ The Coast”, an event which is held in October on the Mississippi Gulf Coast.