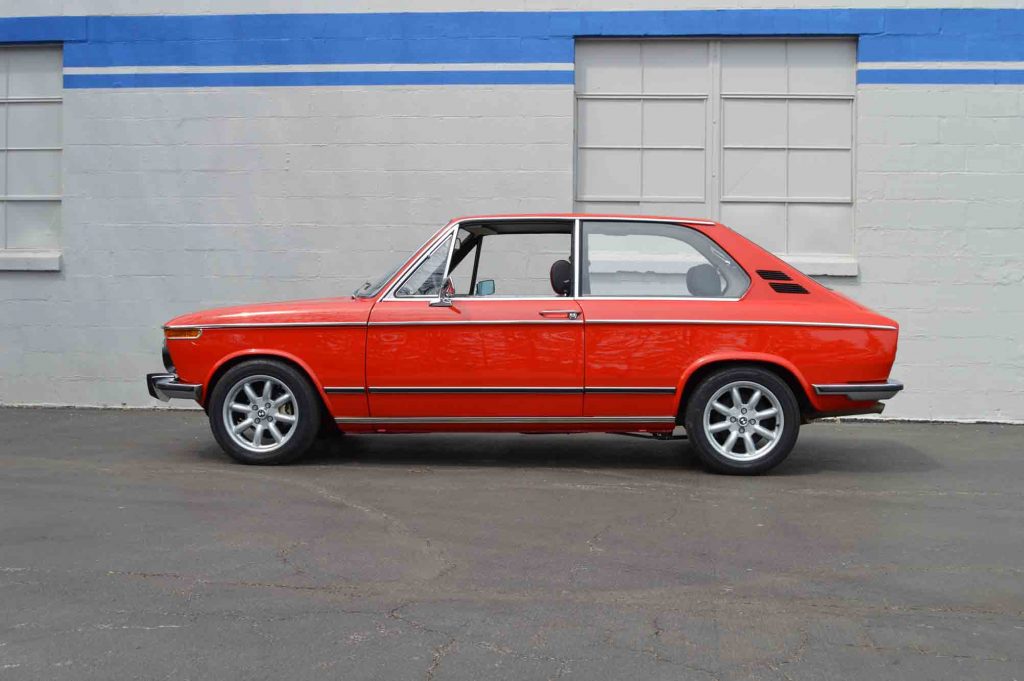 A few years ago, we received an email from a customer that contained a photo of a BMW tii Touring that had been taken at an event of some kind.  The car was Red, not the factory color red, and had a Washington state license plate that was covering a Euro long plate.  You could see the beginning “E” and ending “L” letters sticking out behind the Washington plate.  The email went on to say that while he was poking around the internet, he saw this photo.  This was his brother’s first car!  The brother had sold it maybe 30 years ago from their family home in the Netherlands.  The customer also said that he was a teenager at the time and the car went to an enthusiast in Washington state, in the US.  And…”I remember helping my brother work on this car, I know it is his because he painted it that red and had named the car “EL”, and I can see the E and L.”  The next question was, “do you think you could find who owns this car”?

Thinking the owner must be a BMW CCA member we contacted the then president of the BMW Puget Sound CCA chapter.  To our surprise we never received a response.  So, a year or so later, we reached out to Jackie Jouret; she had moved to Portland after Bimmer magazine folded up.  We suggested she contact all the independent BMW repair shops in Washington state.  One of them had to have worked on this car.  Sure enough, she found the cars owner after a bit of searching.

Our customer wanted to have us restore the car to perfection so he could ship it back to the Netherlands and present it to his brother as a surprise 60th birthday present.  One big problem, the fellow in Washington did not want to sell the car, as it was his first car as well.  It took many phone calls and emails over a two-year period as the Seattle owner became a friend and realized how cool the restoration would be.  He negotiated a right of first refusal to buy the restored car back, if and when it might become available in the future; and the opportunity to be involved in the restoration made the project a possibility.

After the restoration was completed, the Touring was shipped to Rotterdam and stored at a local garage.  The brother’s wife had been in on the whole surprise and facilitated the car’s arrival.  Our customer and his family took him to the garage on his birthday.  Of course, he was shocked!  Could not believe it was his car after all these years and brand new as well.  After looking for a few things he had changed, that were still there, he broke into tears.  What an incredible thing for a younger brother, who had found success in the US, to do for his older sibling.  How fortunate we at The Werk Shop were to be able to make this happen for them.