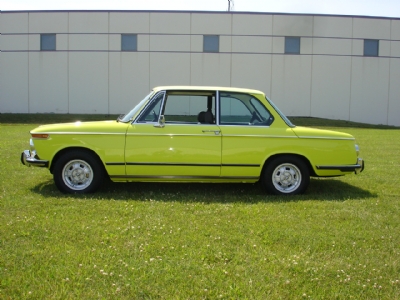 About this restoration : Jacquelin lives in Montreal, Quebec, Canada. When Jack was a teenager, he remembers walking almost every single day, right in front of the only BMW dealership in Quebec City at that time. It was located right between his parent’s home and school. Jack recants, “one would have never believed that in such a poor and lower town district, you would find a dealership of this kind”. But as a car enthusiast, he was already aware of the revolution BMW was putting in place here in America, long before the Japanese onslaught. Jack states: “From that moment on, I became a BMW 2002tii enthusiast…. Now in my fifties, here I am, realizing a dream, owning at last, a BRAND NEW 1972 BMW 2002tii!!!”