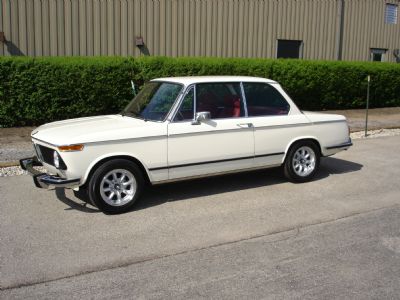 About this restoration : Bob writes:
I received this 1974, 2002 in 1984 as a gift from my parents when I was a senior in High School. This 02 took me to College, then to my first job after college in south Florida. It was a daily driver until the mid 90’s when I got a company car at my second job, back in South Carolina. Parking the car killed it! Although in need of many repairs I just could not part with the car, moving it by trailer and pushing it into its parking space under the deck at my current house in 1997. In 2004 I decided the decay had to be stopped. I called Michael Mitchell at the BMW Car Club of America and asked “who’s the best at restoring an 02?” Without hesitation, Michael replied Don Dethlefsen at The Werk Shop. After a few phone conversations the ’74 2002 was drug from beneath the deck and trailered one last time to meet Don. In 2005 I received my new 2002ti. You’ll never hear me say, I wish I still had that 02 I had back when…I’ve still got it and it is better than ever.