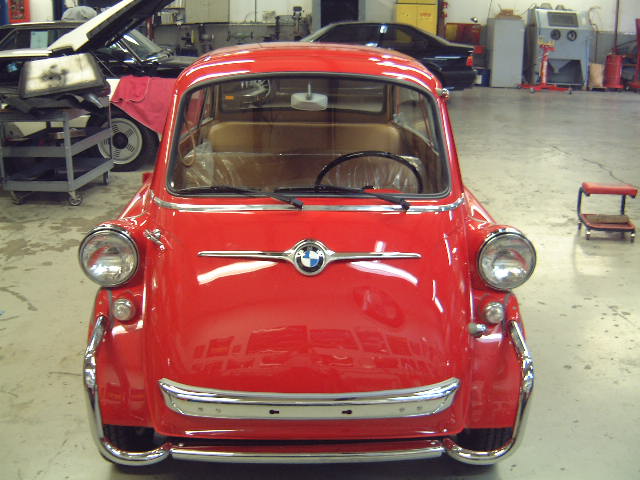 About this restoration : Here’s a project with a really neat story. Alex’s father used this car as a delivery vehicle for his carry out Broasted Chicken store. When the delivery car met its useful end, it was given to 12 year-old Alex and taken to the grandparents farm so he could learn how to drive. When Alex reached 16 and got his drivers license, he parked the car in one of the barns and there it sat, on a damp dirt floor, for 30 years. Now 46, Alex asked us to see what we could do with her. Although the bottom sheet metal had been eaten by rust, we took her apart and re-built her to brand new. She was displayed at BMW CCA’s 2003 Oktoberfest in Austin, Texas where she won First Place in Concours class. Alex told me that as a young man tearing up the farm lanes in this car, he always dreamed of it being red. Thus, it is now the brightest red you’ve ever seen tearing up the streets of Mundelein, Illinois.