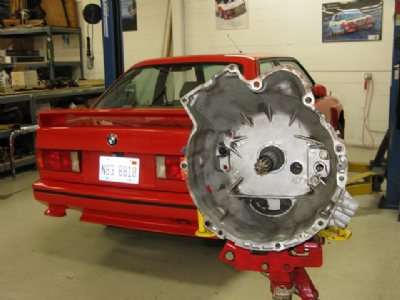 About this restoration : John has a true passion for BMWs. After parting with his 1974 BMW 3.0CSL a short while ago, he was in need of filling the seemingly ever-expanding void that was left. After many months of hunting around, a package deal crossed John’s path. He was offered an E30 M3, and a 2002 Turbo for a fair price. Both cars needed extensive work to bring them up to John’s standards. Thankfully, he was confident in The Werk Shop’s abilities, and he felt comfortable that everything would be done exactly as requested. After he finalized the deal, he wanted us to start with the M3 first. We completely rebuilt the motor, and repaired several other mechanical items. We were also instructed to remove a pin stripe that had been placed on the body, and fix the paint issues that John identified with the car. After all the work was completed; the test drives, and break-in period were done. John finally had a chance to be reunited with this powerful red machine. Needless to say, the two are now inseparable.