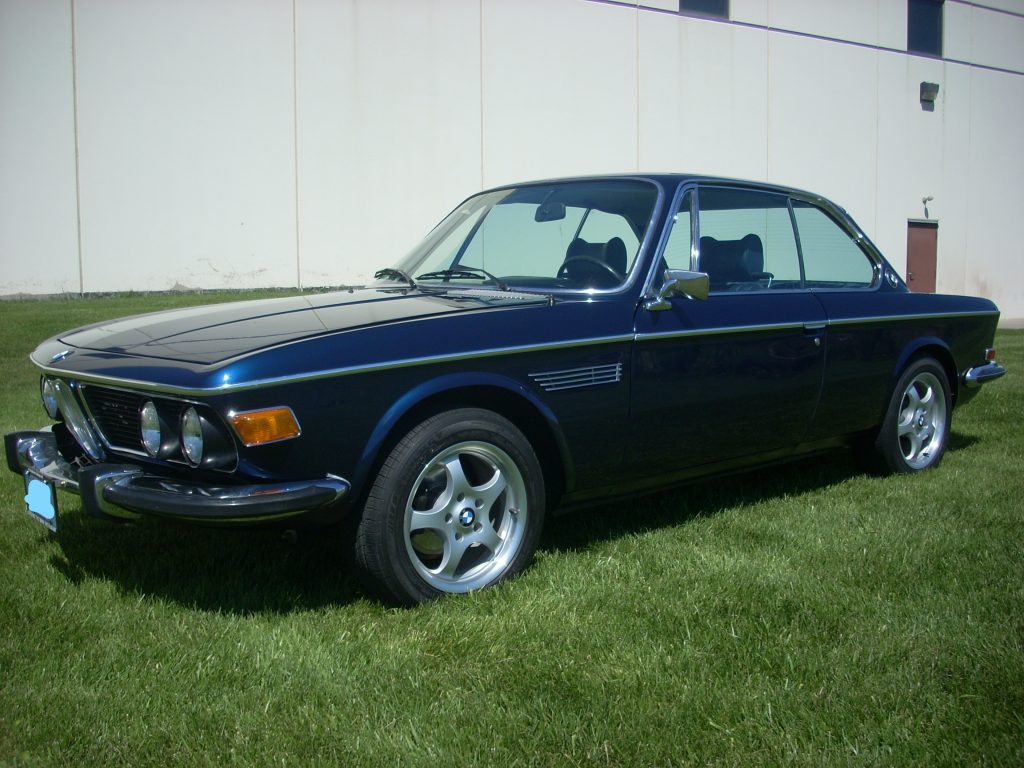 Jim’s car is a three liter fuel injected Coupe with left hand drive, and was only produced for the European market. No 3.0CSi’s were ever sold in the United States. The few injected coupes that are in this country were imported as used cars by interested and knowledgeable individuals. This model was produced between July, 1971 and November 1975 with a total production of 7,935 vehicles. It is a very rare car in that its design is considered to be one of the most beautiful BMWs ever produced. At that time, only a few car manufactures had luxury Coupes with such engine power to offer. Due to its exclusivity and price, this automobile became an exotic amongst Germany’s cars, equal only to the exotics from Italy and England. Its six-cylinder engine can produce a top speed of 220 kilometers per hour. Today, only a small number of these coupes have survived, as these cars were unitized bodies with no rust proofing material applications done to most.

Jim contacted us to bring this special car back to life. The interior and all the glass were completely removed. All of the exterior bright work and bumpers were also removed. The car was stripped to bare metal, and after replacement or repair of all rusted metal and rust proofing, the car was re-painted using two stage (color and clear) materials to better than original factory standards. The car was then re-assembled with all new rubber gaskets. The interior was gone through and re-freshened where needed. The engine was checked and all marginal parts were replaced. The entire drive-line was completely re-built and any other item on the car that was in question was repaired or replaced. Only original new BMW parts were used. This car has been re-built from the ground up and performs like a new automobile.

Over the years since the restoration, Jim has taken his car to quite a few shows, and has received numerous awards and accolades.