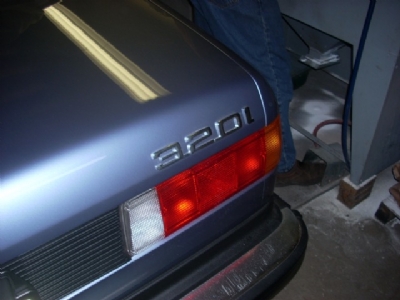 About this restoration : Josh lives in southern New Hampshire and was the original purchaser of this brand new BMW almost 29 years ago. He was 21 years old when he realized a 2002 was the car for him and not wanting to incur any debt, he began saving in earnest for the car of his dreams. It took him four years to save all the money he would need for a cash purchase and by that time, 1980; BMW had ceased production of the 2002 and Josh bought the 320i you see here. Most 320’s have rusted away long ago but Josh took exceptional care of this east coast kept original and now has over 304,000 miles on his ultimate driving machine. We are doing a partial restoration; removing a few small areas of rust, repainting the original color, rebuilding the engine, suspension, driveline and installing a new headliner and carpet. Josh is hoping to put on another 300,000 plus miles in the next 30 years.