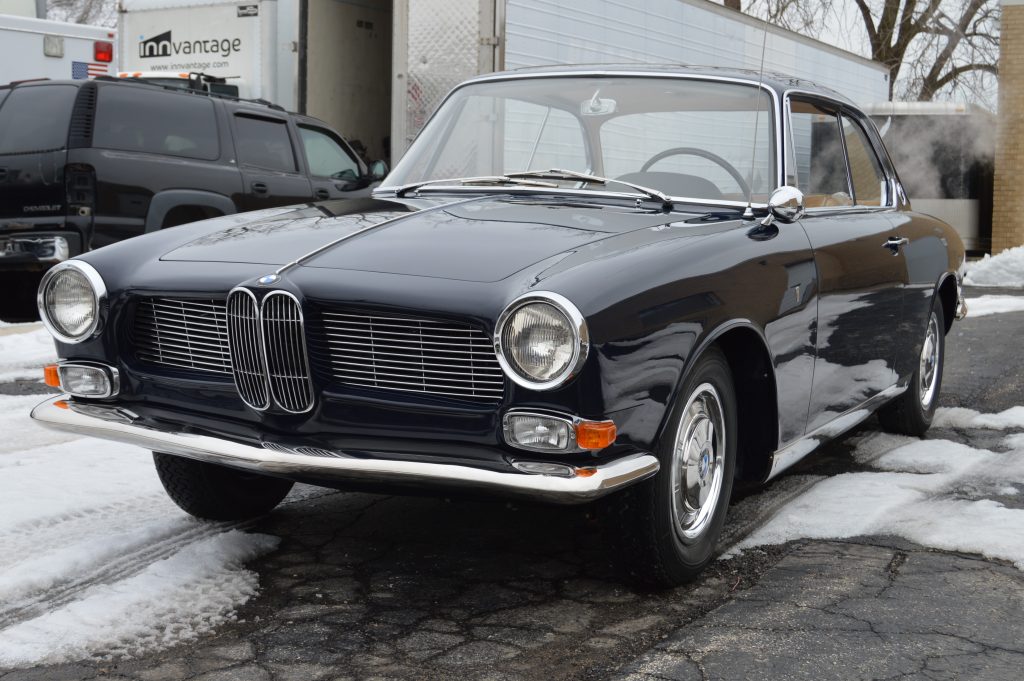 About this restoration : We built th is car some time ago (after rescuing her from a junk yard) and she has won first place in every Concours she has been entered in. This example is probably the finest in the world and is very rare as only 603 were made. This beautiful piece of BMW history was last seen at the BMW Oktoberfest in Pasadena, California.

Now, many years later, It has reappeared at our shop. Its new owner Kevin sent it over to us directly after purchasing it. He wanted us to go through it and do all the maintenance on this special BMW, before it was shipped to his home out east.
————————————————————————-

I hope all is well with you and Mike and crew. I thought I’d give you a heads-up on the 3200CS.  No one could have prepared me for the reaction the car brings out in everyone who sees it. From teen-age girls to grizzled veterans of the old car world, people are knocked out. I am convinced that the color combination and quality of workmanship combine to stop people in their tracks. A tan or white version just doesn’t press the button. The fact that the restoration holds up so well after, what, 15 years? is a testament to your shop.