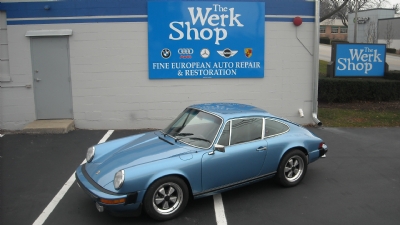 About this restoration : Barry came to us with a specific goal in mind; he wanted us to resurrect his 911. The restoration of his Porsche was no easy task. He wanted it changed from red to blue, and completely redo the interior. Barry was consulting in our area from time to time, and would drop in to see how the project was going every couple months. Finally, after almost a year, his baby was completed. Barry can now be seen cruising the streets of various small towns in Minnesota during the summer and fall.