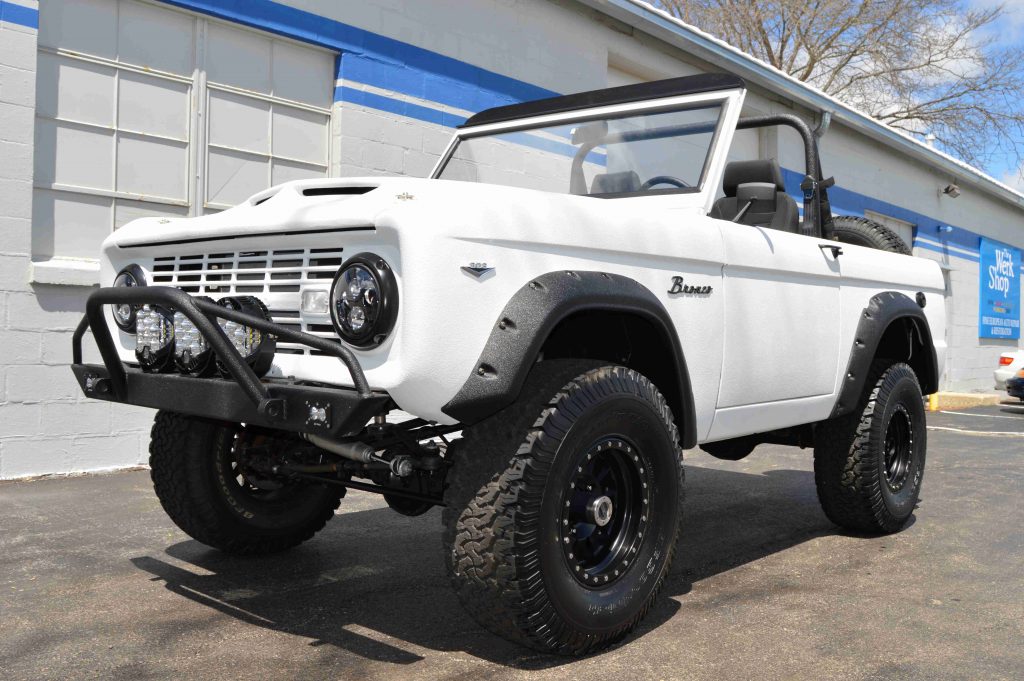 Ric has brought numerous Porsches and other German cars to The Werk Shop for years. He approached us about getting the motor running right and fixing some electrical issues on a 1969 Ford Bronco that he picked up from a rancher in Texas. During the initial evaluation, we determined the motor needed further attention. Once opened, we found standard hardware holding things together, collapsed lifters, and other farm-engineered remedies. After deciding to put a crate motor in it, we found the wiring was far from salvageable. There were also numerous rust issues that needed to be attended to. We got to a point of, “while we’re doing this, if we take this off, we should do this,” and it just snowballed into a full custom restoration. Ric was set on having a white Bronco and wanted to permanently lose the top. We modified the doors, removed pillars, and ended up using a scratch-free solution, in case he ever wanted to take it off-road. A special body armor-type coating was done to the entire Bronco, exterior and interior. We eliminated the stock suspension and added a lift kit to help with the overall look. We added a few lighting elements to help see at night, bi-LED headlights and multiple other LED lighting elements. We added a completely new wiring harness; eliminated any wiring that wasn’t going to be utilized, and hid everything, so the only wires exposed were the positive and negative battery cables. After QC and many shake-down miles, Ric received his Bronco and has been enjoying it ever since.